The fractalkine system: Root of the problem – Key to the solution

KAND567 can slow down the acute inflammation

In 2017, a major scientific study (CANTOS) was published which showed that selective anti-inflammatory treatment reduces the risk of relapse in patients suffering from myocardial infarction by up to 15-25 percent (depending on the degree of inflammation). In the study, Novartis antibody canakinumab was used, and this is the first time that this positive effect has been clinically proven. The use of canakinumab, however, has been limited by the fact that the treatment takes place over a long period of time and that it blocks the immune system so much that the patient becomes sensitive to certain infections. The CANTOS study instead paves the way for drug candidates which, like Kanceras KAND567, counteract acute inflammation without significantly affecting other parts of the immune system. 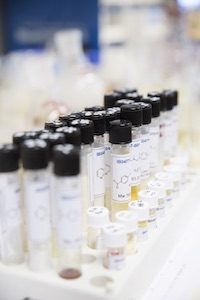 An extensive study of 1300 patients performed in the UK also shows that activation of the Fractalkine system increases inflammation of the cardio-vascular tissue and the risk of dying after infarction. Those patients who have a high level of Fractalkine-dependent immune activation in connection with post-infarction treatment have 2,4 higher risk of dying within three years after the onset. Animal model studies also show that KAND567 can reduce the extent of muscle damage after a heart attack by up to 50 percent. All in all, these findings provide solid support for evaluating how effectively Kancera’s Fractalkine blocking drugs can reduce the inflammation of the heart and vessels, thereby protecting the heart after an infarction.

In the first half of 2019, Kancera initiated a complementary clinical Phase I study with an intravenous dosage form of KAND567, to allow the start of a Phase II study investigating safety, tolerability and efficacy in patients suffering from myocardial infarction.