Statement from the CEO 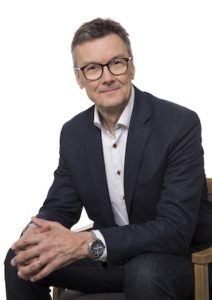 The development of our most advanced drug candidates KAND567 and KAND145, which work by inhibiting the Fractalkine system, continues to take clear steps forward. In February we were able to announce that the KAND567 project received approval from the Finnish medical products agency, FIMEA, to start the final stages of the phase Ib program. Already in early March, we presented positive results in the form of good tolerability and a favorable safety profile after intravenous treatment in healthy individuals. Thus, preparations could be stepped up for the next important step in the development of KAND567 – the start of a phase II study in patients with acute myocardial infarction. The introductory part of the next clinical study aims to further evaluate the safety profile and the heart-protective effect of the Fractalkine blocker in the event of a heart attack. The potential medical benefit of our drug candidate is great, and for this reason, there is strong interest from clinicians to assist in the continued development. Negotiations are currently underway with one of the world’s most renowned university hospitals, Freeman Hospital, to expand the ongoing preclinical collaboration to include the Phase IIa clinical trial. Our hope is that the prevailing world situation and the burden on health care facilities will become reduced well in advance of the planned start of the phase IIa study.

In line with success in the clinical development of our leading drug candidates, the internal need for expertise is changing. Against this background, we are pleased to have appointed Torbjörn Lundström as Chief Medical Officer (CMO) with medical responsibility for Kancera’s product portfolio. As a medical doctor and physician, he has extensive experience in clinical cardiology and internal medicine, but also 20 years of experience in clinical drug development, having been responsible for products in the advanced development phase of cardiovascular and metabolic diseases at AstraZeneca. At the same time, I would like to thank Joachim Forsgren for his decisive efforts as CMO during the hitherto development of the Fractalkine project. Joachim will remain as senior advisor in the area of patient safety.

In May, the decision was made to concentrate continued operations on the clinical development of the drug candidate KAND567. For this reason, Kancera will carry out a reduction of the personnel in the preclinical research organization. The planned organizational change is expected to reduce the cost base for the company by approximately SEK 8 million annually. In addition to the development of KAND567, the company’s resources will be focused on taking the preclinical drug candidate KAND145 into the clinical phase.

As a result of the ongoing covid pandemic, we have investigated the potential of our drug candidates to curb the severe and life-threatening inflammatory conditions (hyperinflammation) that can occur in connection with viral infections. In early May, we announced a patent application for KAND567 and KAND145 for the treatment and prevention of hyperinflammation in viral infections, and shortly thereafter we submitted an application to the Swedish Medicines Agency to conduct a phase II clinical study documenting the potentially protective effect of the drug candidate KAND567 in patients with covid-19. The study is intended to be conducted in collaboration with Capio St. Görans Hospital and the Science for Life Laboratory (SciLifeLab). By opening up this new area of use for Fractalkine inhibitors, we hope to contribute to the treatment of severe viral infections caused by covid-19 and other viruses that cause the same type of hyperinflammation.

Kancera’s financial situation was strengthened by a successfully completed new share issue in early April. The new share issue was subscribed to 100 percent and provided the company with SEK 64 million before issue costs. The warrants that were issued at the same time may add an additional SEK 40 million in 2020, before issue costs. The funds from the issue and the exercise of TO4 are considered together to be sufficient to finance the two planned Phase II studies of KAND567. We are now looking forward to continuing the development of our most advanced Fractalkine antagonists in two separate indication areas where the need for better treatments is significant.